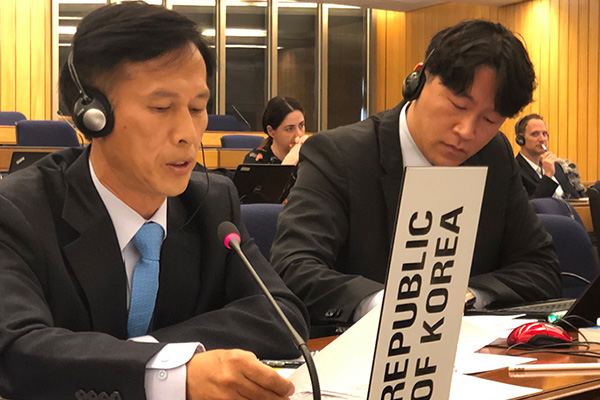 South Korea has raised the issue of a possible discharge of contaminated water from Japan's Fukushima nuclear power plant into the Pacific Ocean at an international conference.

South Korean delegates attending a London Convention and Protocol meeting said on Wednesday that they insisted the matter be included as an official agenda item for discussion.

During the meeting, held at International Maritime Organization headquarters, South Korea's chief delegate called on Japan to release related information and to discuss the matter with its neighboring countries and the international community.

The London Convention and Protocol, ratified by 53 nations including South Korea and Japan, scrutinizes sea and ocean pollution by dumping and covers the deliberate disposal of waste or other matter into the world's waters.

The London Convention does not cover marine discharges from land-based sources, but South Korea has suggested such matters be discussed since the 2011 Fukushima nuclear power plant disaster.

Japan said at the meeting that it will continue to transparently disclose information on the nuclear wastewater.
Share
Print
List