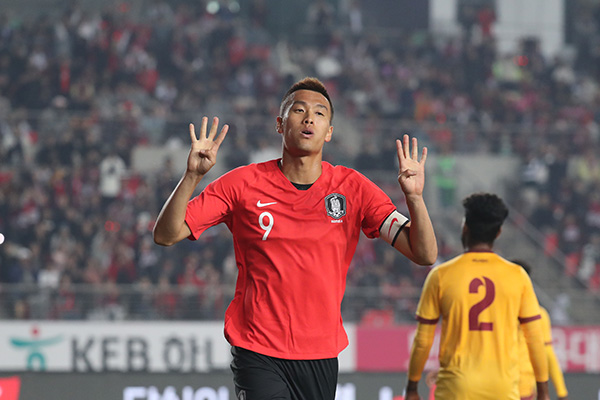 South Korea secured a sweeping victory against Sri Lanka 8-0 in a World Cup qualifier on Thursday.

Striker Kim Shin-wook scored four goals in the match at Hwaseong Sports Complex Main Stadium in Hwaseong, Gyeonggi Province. Captain Son Heung-min scored two goals, while Hwang Hee Chan and Kwon Chang-hoon each found the back of the net once.

It was the second straight win in the ongoing World Cup qualifying campaign, putting South Korea atop Group H.

It was also the largest margin of victory for South Korea under head coach Paulo Bento since a 4-0 victory over Uzbekistan in November last year.