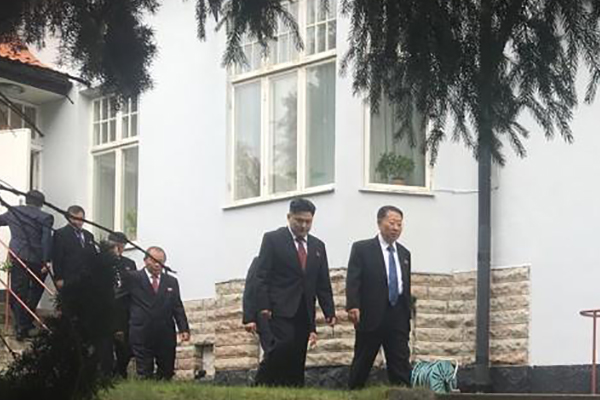 The Russian foreign ministry said in a statement that Deputy Foreign Minister Igor Morgulov and U.S. Special Representative for North Korea Stephen Biegun talked on the phone on Wednesday at Washington's request.

The Russian ministry said the discussions were made over the latest situations concerning the process to resolve Korean Peninsula issues, adding that the two sides agreed to strengthen bilateral coordination in various areas in order to support political and diplomatic solutions.

Their conversation took place days after Biegun met his North Korean counterpart Kim Myong-gil in Stockholm for resumed working-level negotiations between the U.S. and the North, which failed to produce a deal.
Share
Print
List