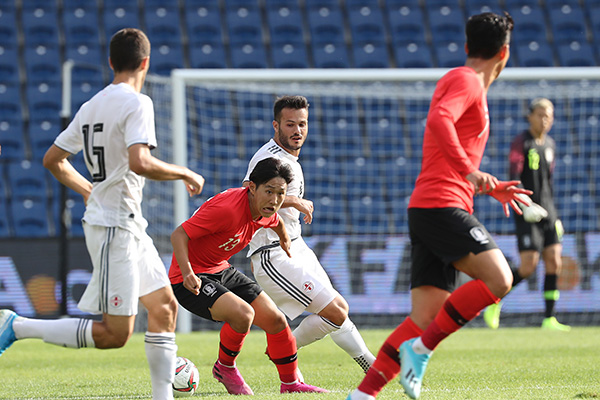 The Korea Football Association(KFA) said on Friday that the North has not invited any South Korean media personnel for the second qualifying round match set to be held on Tuesday of next week.

The official supporters for the South Korean national football team, Red Devils, will also be unable to accompany the team.

It is also unclear whether the match will be televised in South Korea as the North has yet to agree to provide broadcast signals for the match.

The South Korean national team is scheduled to leave for Beijing on Sunday afternoon and fly to the North the next day on an Air China flight.
Share
Print
List