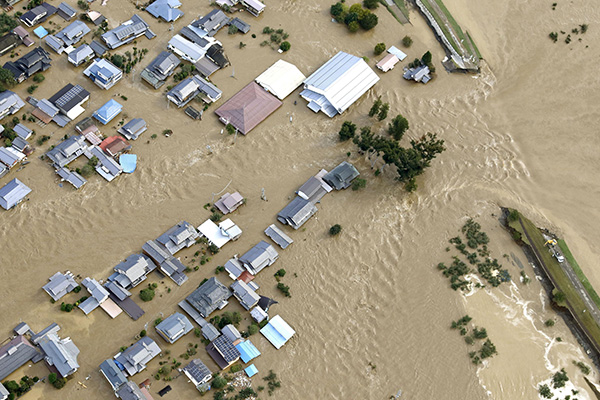 Japan has begun recovery and cleanup efforts after Typhoon Hagibis slammed into the country over the weekend, killing dozens of people and destroying infrastructure.

Japanese public broadcaster NHK said Monday that at least 40 were killed and 189 injured, with another 16 listed as missing.

NHK said up to 40 percent of Japan's annual rainfall was recorded in only a day or two in many areas causing rivers to flood, triggering landslides. Residential houses and buildings were inundated and public transportation was also disrupted.