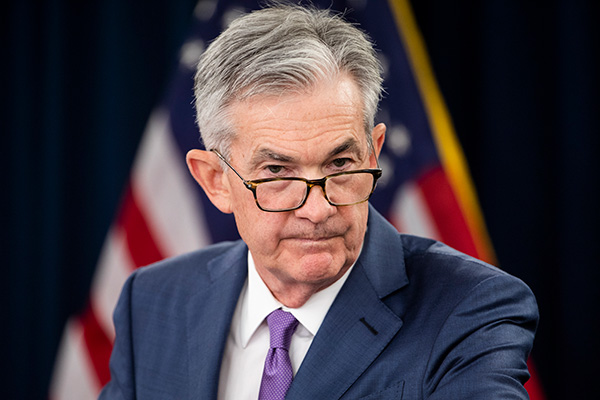 The U.S. Federal Reserve on Wednesday cut the benchmark lending rate for the third time this year as the U.S. economy continued to slow.

Following a Federal Open Market Committee(FOMC) meeting, the Fed decided to slash the benchmark rate by a quarter-point to a target range of one-point-five to one-point-75 percent.

The Fed has now slashed the policy interest rate three times over a four-month period, dropping the rate point-75 percentage points in that time.

In an accompanying statement, the FOMC dropped the phrase “act as appropriate to sustain the expansion,” suggesting a pause in further cuts unless there are material changes in the economic outlook.

The FOMC added, however, a commitment to monitor data as it “assesses the appropriate path of the target range for the federal funds rate.”
Share
Print
List