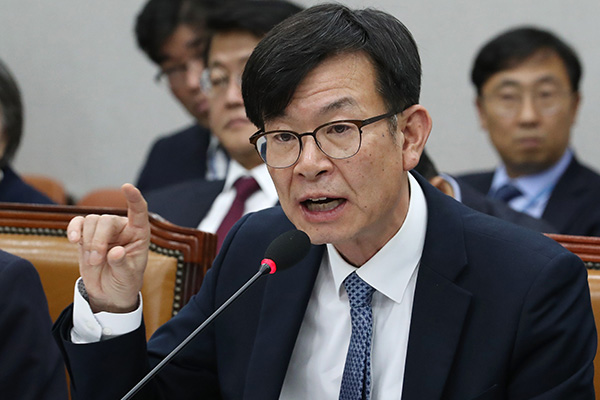 The presidential office says it is working together with the education ministry on a plan to further reflect standardized test scores and GPAs in the nation’s college admission process.

Kim Sang-jo, the chief of staff for policy at the presidential office, made Cheong Wa Dae’s stance known on Friday while refuting Representative Kim Hyun-ah of the main opposition Liberty Korea Party, who suspected the plan is being unilateral pursued by the top office.

The presidential official said the government’s discussions on the plan started after Education Minister Yoo Eun-hae made a policy briefing to President Moon Jae-in in September.