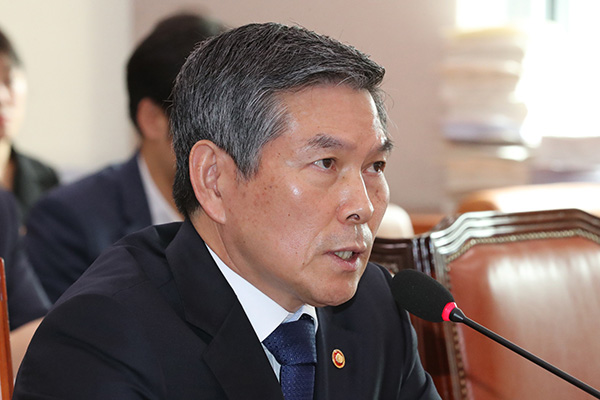 Defense Minister Jeong Kyeong-doo has ordered an investigation into a lieutenant colonel who sent out a text message about the repatriation of two North Korean residents.

A Defense Ministry official said Friday that upon the minister's order, the officer in question who is stationed at the Joint Security Area near the North Korean border, will undergo questioning.

The lieutenant colonel, a battalion commander, sent a text message to a government official on Thursday stating that two North Korean residents were expected to be repatriated from the Panmunjom border village.

The act of sending a notice to a person not within the military hierarchy is seen by some as questionable.