Kang: US Offered Explanation on Cost-Sharing of Offshore Operations 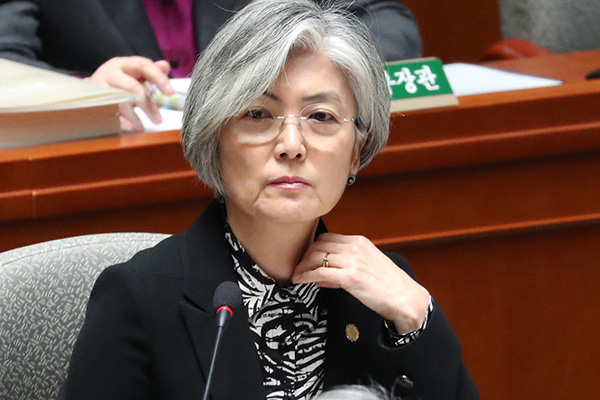 Foreign Minister Kang Kyung-wha said that the U.S. offered an explanation related to U.S. military activities outside of the Korean Peninsula during the ongoing defense cost sharing talks with South Korea.

Speaking in parliament on Friday, Kang said that Seoul is engaging in negotiations while going over details based on the position that it can agree to an increase in its defense cost sharing.

The allies are currently holding talks to strike a new deal for the Special Measures Agreement to be applied from next year, which involves the cost of maintaining American troops on the Korean Peninsula.