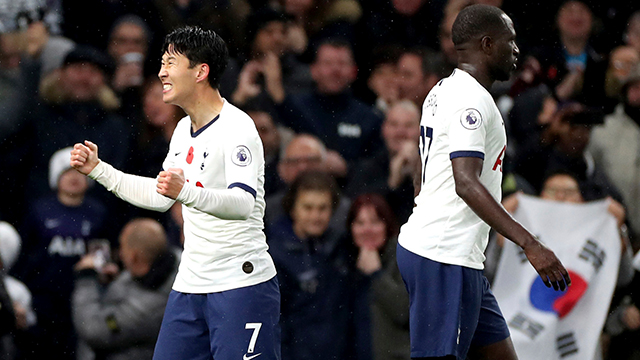 South Korean forward Son Heung-min of the Premier League's Tottenham Hotspur scored his eighth goal of the season on Saturday.

Son scored an opener in the second half of a Champions League match against Sheffield United at Tottenham Hotspur Stadium in London.

It was his eighth goal of the season and the 124th goal of his European career, setting a fresh record for most European league goals by a Korean player.

The game ended in a 1-1 draw, but the U.K.-based football Web site WhoScored.com gave seven-point-nine points to Son's performance, the highest for players of both teams.

In the previous match against Red Star Belgrade on Thursday, Son netted two goals to break Cha Bum-kun's decades-old record of 121 for most European goals by a South Korean player.
Share
Print
List