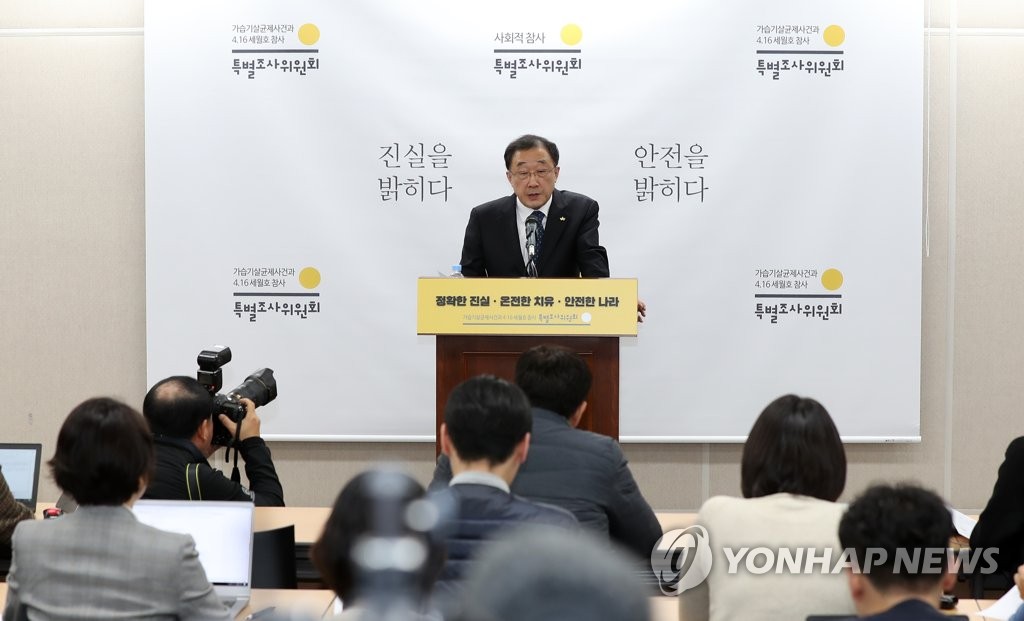 A special committee probing the 2014 Sewol ferry sinking says it will ask the prosecution to look into suspicions that at the time of the disaster, the head of the Coast Guard boarded a helicopter that was mobilized for search and rescue efforts instead of an emergency patient.

The committee reached the decision during a meeting Wednesday.

It explained that the Coast Guard transported a victim of the ferry tragedy by ship rather than helicopter, delaying hospital treatment by nearly five hours after discovery, ultimately leading to the victim’s death.

The committee said it will ask the prosecution to shed light on allegations that Coast Guard leadership committed involuntary manslaughter and failed to perform their legal duty.

Last month, the committee asked prosecutors to probe suspicions that employees of the Korea Development Bank colluded with Sewol’s operator, Cheonghaejin Marine Company, to help it illegally secure loans of some 12 billion won.

The Sewol ferry went down in waters off the country's southwestern coast on April 16, 2014, claiming a total of 304 lives. Among the casualties, 261 were students and teachers from Danwon High School in Ansan, Gyeonggi Province, who were on a field trip to Jeju Island.
Share
Print
List