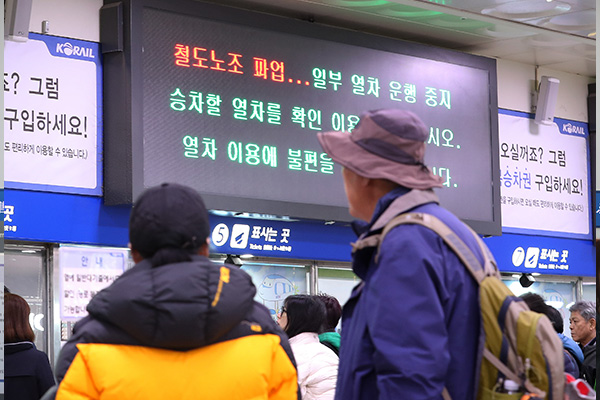 The Korean Railroad Corporation and the Ministry of Land, Infrastructure and Transport are implementing emergency transport measures to minimize disruptions in train operations.

During the strike, intercity subway trains in the capital region are expected to operate at 82 percent of normal levels.

Union members have been participating in a so-called work-to-rule strike since last Friday, slowing operations ahead of launching their indefinite walkout, their first since September 2016.
Share
Print
List