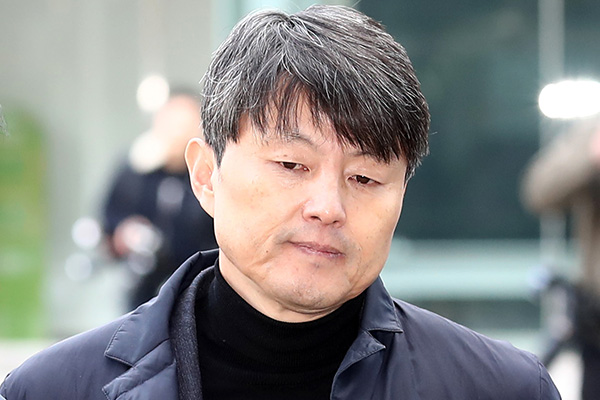 The Seoul Eastern District Court on Wednesday issued an arrest warrant for the former vice mayor, citing the possibility that the suspect may flee or destroy evidence.

Yoo allegedly received some 50 million won in bribes from financial firms when he worked at the Financial Services Commission(FSC), the state financial regulator. The prosecution believes the businesses were given special favors in return.

Yoo is also suspected of receiving additional millions of won in bribes from companies while serving as the vice mayor of Busan.

After being appointed to a key FSC post in 2017, Yoo came under surveillance by a special presidential office inspection team. Such surveillance ceased for unknown reasons and he quit the FSC in early 2018.

Prosecutors are widening their probe into allegations that top office officials may be behind the sudden cessation of surveillance of Yoo.

Yoo was appointed vice mayor of Busan in July 2018 but resigned recently after prosecutors launched their probe.
Share
Print
List