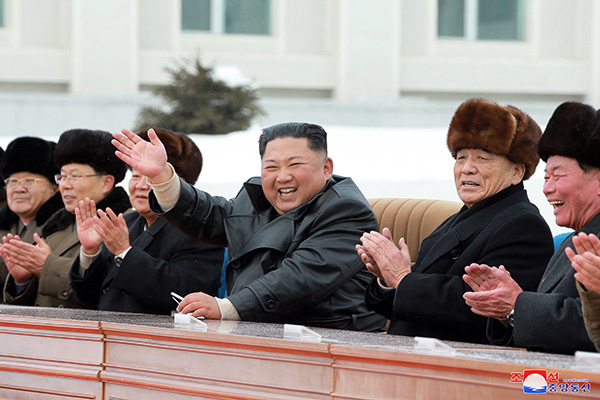 North Korean leader Kim Jong-un has visited the symbolically important Mount Baekdu region as the year-end deadline that Pyongyang had given Washington to show flexibility in their nuclear talks nears.

The dedication ceremony was attended by senior officials, including Choe Ryong-hae, president of the Presidium of the Supreme People's Assembly.

Samjiyon County is considered by North Korea to be a sacred place as it is located close to Mount Baekdu which symbolizes the North’s founding family.

Northern state-run media has in the past publicized visits to the region by Kim ahead of major provocations, including the 2017 Hwasong-15 intercontinental ballistic missile launch and Pyongyang's announcement of a “state nuclear force.”
Share
Print
List