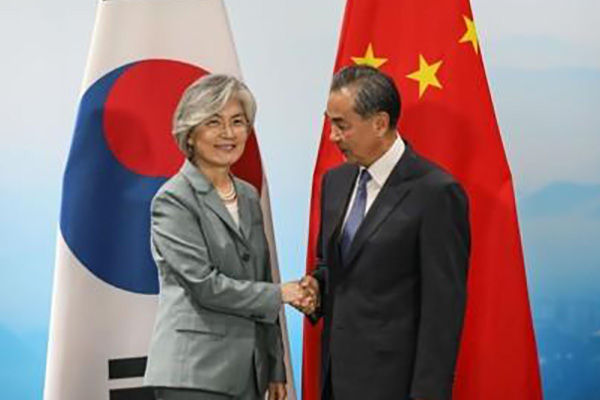 A Foreign Ministry official in Seoul said that the top Chinese diplomat will make an official visit to South Korea on Wednesday and Thursday at the invitation of Minister Kang. The two officials will have dinner after talks Wednesday afternoon.

It is Wang's first visit to Seoul in nearly five years. He last visited in March 2015 to attend a foreign ministers' meeting between South Korea, China and Japan.

He and Kang are likely to coordinate the agenda for an upcoming Seoul-Beijing-Tokyo summit in China later this month. The two sides are also expected to discuss a possible visit to South Korea by Chinese President Xi Jinping.

In addition, the top diplomats are likely to discuss pending diplomatic issues between Seoul and Beijing as well as the North Korea nuclear issue.

The Chinese foreign minister will likely pay a visit to President Moon Jae-in on Thursday as well.
Share
Print
List