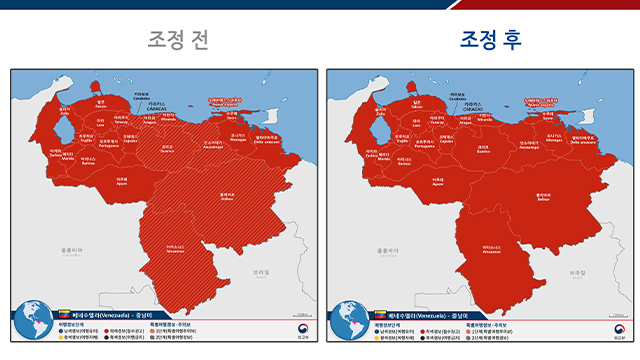 The South Korean government has increased the severity of its travel warning for Venezuela and the surrounding region, recommending that Korean nationals leave the country.

The Foreign Ministry publicized the update on Wednesday, saying it is based on a regular adjustment of travel alerts for the second half of the year.

Venezuela is now ranked one step below the “immediate evacuation” travel warning, or level three out of four total advisory levels.

The ministry said ongoing protests in the country pose a threat to public safety.

Travel advisory levels were also increased for other countries, including Guatemala, Madagascar, Egypt, the Philippines and Cambodia.

Cambodia specifically has both level one and two advisory warnings for certain regions calling for a refrain from travel and extra caution by Korean nationals due to growing crimes against foreigners.
Share
Print
List