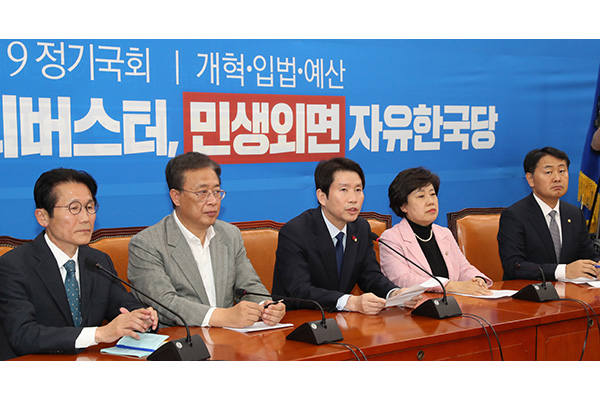 Four political parties and a group of lawmakers preparing to launch a new party have agreed to put forward a unified plan to pass next year's budget and fast-tracked reform bills.

With the exclusion of the main opposition Liberty Korea Party, the so-called "four plus one" consultation body held its first meeting on Thursday and agreed to present a single plan on the passage of the bills by Sunday.

Attending the meeting were floor leader-level officials of the ruling Democratic Party, the Bareunmirae Party, the Justice Party and the Party for Democracy and Peace as well as the chief of a launch preparation committee for a new party.

The five sides appear to be considering the possible schedule of a National Assembly plenary session convening on Monday, the last day of the current regular Assembly, to seek a vote on the budget and fast-tracked bills.

Speaking to reporters after the meeting, floor spokesman for the Party for Democracy and Peace Park Chan-dae said the negotiations will begin as early as Thursday night, once officials in charge of the bills are selected from each party.
Share
Print
List