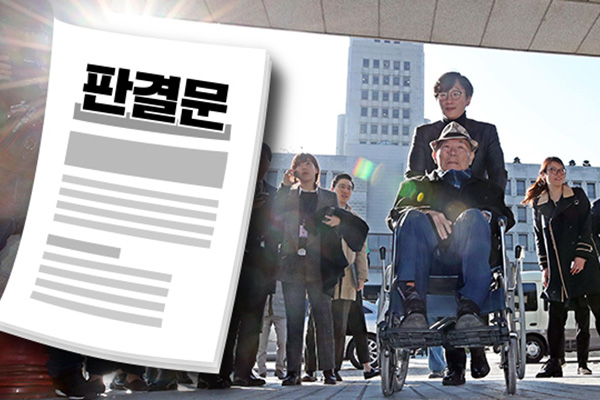 The English version of the verdict handed against Nippon Steel Corporation came out on Friday as part of a booklet printed by the top court’s library.

The library has regularly translated notable Supreme Court rulings into English and Chinese and introduced them through the monthly booklet.

The English translation of a single verdict usually takes six to seven months, but the court said it spent more time translating the ruling in question given its length and the sensitivity of the respective case.

The court currently has no plan to produce a Chinese or Japanese version of the verdict.

In the decision made in October of last year, the court ordered the Japanese firm to give 100 million won each to four South Korean victims of wartime forced labor.
Share
Print
List