Trump Warns N. Korea Not to Interfere with his Reelection Bid 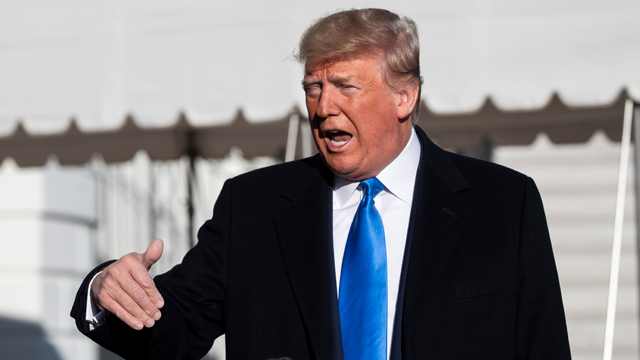 United States President Donald Trump said on Saturday that he does not think North Korea will interfere with the upcoming U.S. presidential election, an apparent warning that the North should not engage in any provocation that could hurt his re-election bid.

According to Reuters, Trump made the remarks to reporters at the White House as he left for Florida.

Trump said that he would be surprised if North Korea "acted hostilely" and that North Korean leader Kim Jong-un knows Trump has an election coming up.

Trump added he doesn't think Kim wants to interfere with the U.S. presidential election set for November next year, but he'll see.

Trump also stressed his relationship with Kim is very good, although there is certain hostility.

Trump's remarks came after North Korean Ambassador to the United Nations Kim Song said that denuclearization is off the negotiating table with the United States and that the "sustained and substantial dialogue" sought by Washington was a "time-saving trick" to suit its "domestic political agenda," a reference to Trump's re-election bid.
Share
Print
List