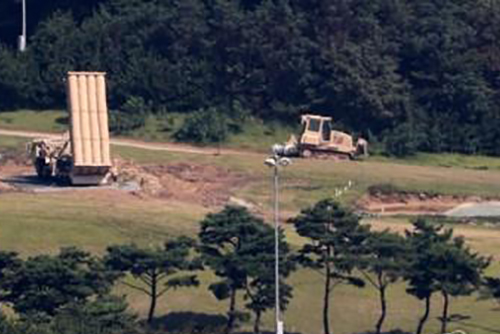 South Korea has yet to begin a full-scale environmental survey of the site of an advanced United States anti-missile battery.

According to multiple government sources on Sunday, the survey of the 700-thousand square meter site is likely to be postponed until next year.

The installation began under the previous administration after a scaled-back environmental impact study, but the Moon Jae-in government decided to implement a full-scale environmental assessment survey.

The survey was expected to begin in the first half of this year but has yet to begin, remaining in the phase of preparations for ten months amid strong opposition from local residents and complaints from China.
Share
Print
List