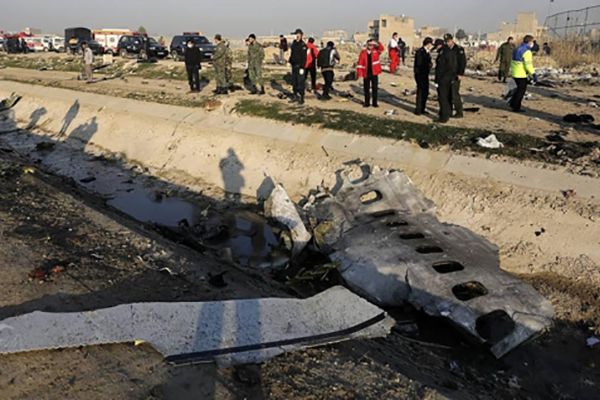 According to the Associated Press, in the statement that came early Saturday morning local time, Iran blamed "human error" for the accident.

The statement said the plane was mistaken for a "hostile target" after it turned toward a "sensitive military center" of the Revolutionary Guard. It added the military was at its "highest level of readiness" amid heightened tensions with the U.S.

The military apologized for the disaster and said it would upgrade its systems to prevent such "mistakes" in the future and that those responsible for the strike on the plane would be prosecuted.

The admission comes after Iranian officials vehemently denied claims that they mistakenly shot the jet and accused the United States of "spreading lies."

The plane crashed just minutes after taking off from the Tehran Imam Khomeini International Airport, killing all 176 people aboard most of whom were Iranian and Canadian nationals.
Share
Print
List