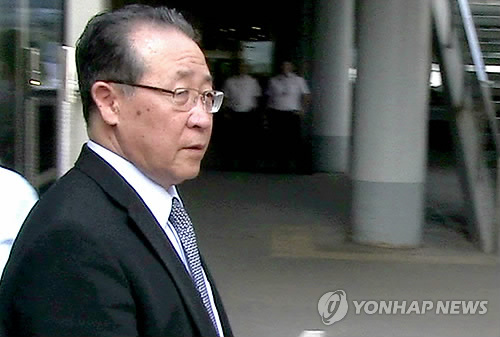 A senior North Korean official said on Saturday that dialogue with the United States can resume only when it fully accepts Pyongyang's demands.

The North's Foreign Ministry adviser, Kim Kye-gwan, said in a statement that the North would never engage in a negotiation to exchange its core nuclear facility for partial sanctions relief as it did in the Hanoi summit between United States President Donald Trump and North Korean leader Kim Jong-un in February last year.

According to the North's Korean Central News Agency, the former North Korean chief nuclear envoy also stressed that the reopening of dialogue with the United States may be possible only under the condition of Washington's absolute agreement of the issues raised by Pyongyang.

But the senior official was skeptical that the Trump administration will accept these demands, saying that the North knows that Washington is "neither ready nor able to do so" and that the North will "go on its way."

The statement is considered the North's response to Trump's letter wishing a happy birthday to the North Korean leader.

The North Korean official also criticized South Korea for announcing the delivery of Trump's congratulatory message to the North, saying that it is presumptuous for Seoul to meddle in personal relations between Trump and Kim. He added that it seems South Korea still has lingering hope for playing the "role of mediator."
Share
Print
List