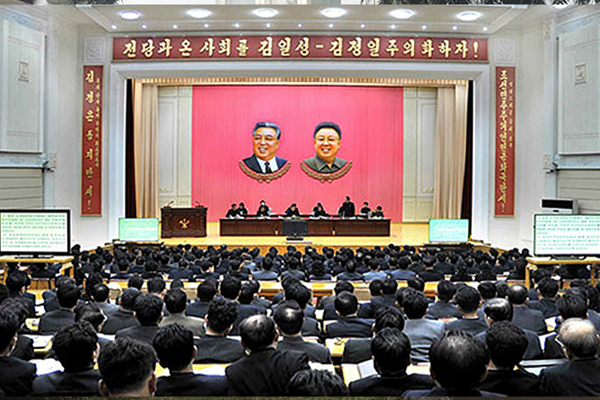 The paper said "deficiencies" within party organizations in implementing policies were seriously analyzed, referring to a lack of "right strategies" for economic development and practices that undermine the spirit of socialism in various areas.

Participants were urged to work harder to maximize production in plants and farming fields and to strengthen ethics and discipline while launching a campaign against anti-socialism.

It is rare for North Korea to report on such nationwide regional party meetings and the latest report is considered part of Pyongyang's attempt to demonstrate its strong determination to implement policy directions laid out by Kim.
Share
Print
List