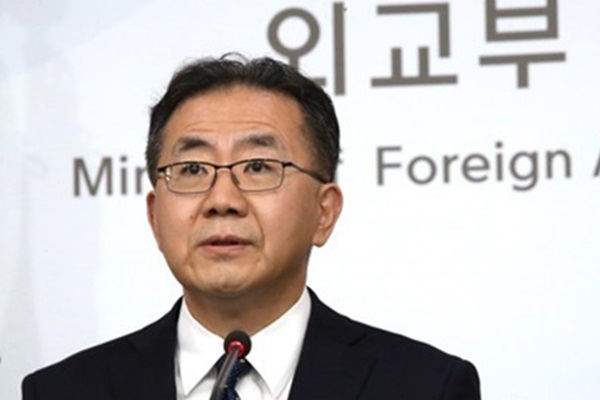 Seoul says its decision to send naval forces to the Strait of Hormuz is unrelated to negotiations with the U.S. on defense cost sharing or plans to expand cooperation with Pyongyang.

Foreign Ministry spokesperson Kim In-cheol relayed the stance in a regular media briefing on Tuesday, hours after the Defense Ministry announced that the anti-piracy Cheonghae Unit would operate beyond the Gulf of Aden.

The move follows repeated calls by Washington over the last several months for allies to join the U.S.-led International Maritime Security Construct(IMSC) in the Strait of Hormuz amid tensions between the U.S. and Iran.

However, in apparent consideration of Seoul-Tehran relations, the government said its unit will operate independently instead of joining the IMSC.

There has been suspicion that Seoul may use the unit dispatch as leverage to extract U.S. concessions in ongoing bilateral defense cost-sharing talks or in its plan to expand inter-Korean cooperation.

Regarding possible ramifications on relations with Iran, a senior Foreign Ministry official said the government will do its best to manage bilateral ties and will continue related diplomatic efforts.