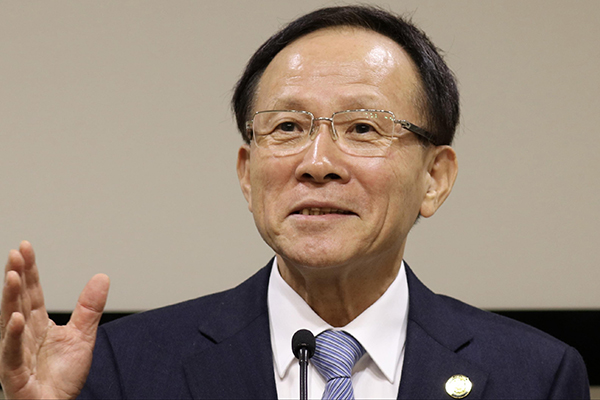 The South Korean government is reportedly drawing up a list of equipment and goods required if and when it resumes surveys with North Korea as part of a project to reconnect their road and railways.

Seoul has expressed its resolve to resume inter-Korean cooperation projects that were suspended amid the deadlock in denuclearization talks. It reportedly began preparing the list for a more thorough survey compared to the one conducted in 2018.

Seoul is hoping to discuss possible sanctions exemptions for the equipment and goods through its working group channel with Washington once the list is finalized.

South Korea's Ambassador to the U.S. Lee Soo-hyuck said Seoul is pursuing projects that will not violate international sanctions against the North, adding they could help nuclear dialogue.

Regarding the inter-Korean railway project, the ambassador said it is the most time-consuming initiative between the two Koreas that will need to resume as soon as possible.