BTS to be First S. Korean Artist to Perform at Grammy Awards 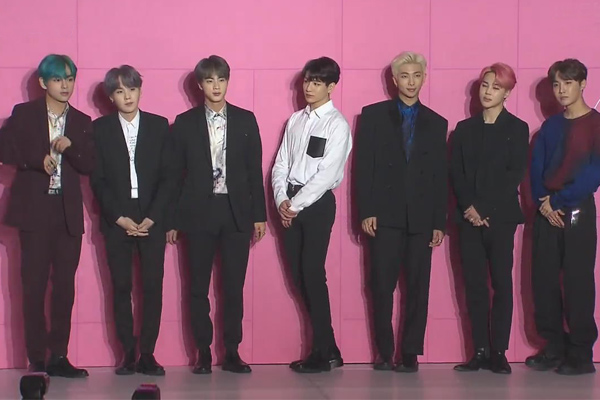 K-pop sensation BTS will perform at the 62nd Grammy Awards as the first ever South Korean singers to do so.

The Grammy Awards announced Thursday the Korean boy band will make an appearance as a performer during the ceremony to take place Sunday at the Staples Center in Los Angeles.

BTS made history last year when they took the Grammy stage as an award presenter, the first for a Korean artist.

According to sources, this year, the band will collaborate with other guest stars including ​Billy Ray Cyrus and rapper Lil Nas X for a joint stage titled "Old Town Road All-Stars."

With the Grammy performance, BTS will earn the record of performing at all three of the major U.S. music awards including the Billboard and the American Music Awards.
Share
Print
List