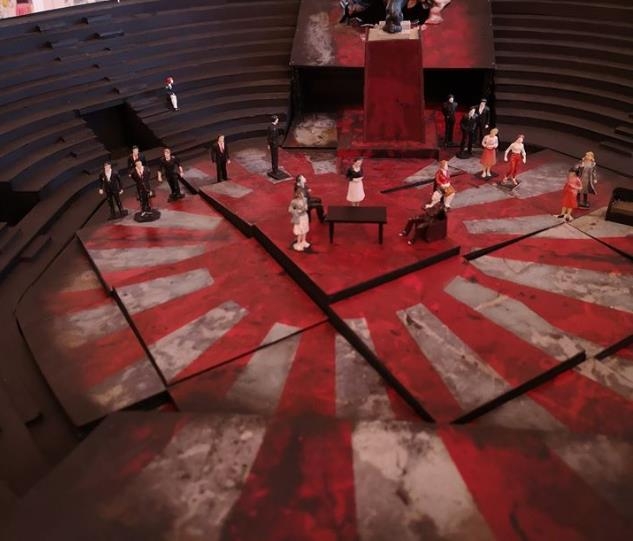 Koreans in Germany are protesting the planned use of an imperial Japanese flag in a local opera production.

According to German media and the local Korean community, a national theater in the central German city of Braunschweig will use Japan's Rising Sun Flag as part of a set design for the opera "Madama Butterfly" to be presented this summer.

The State Theatre of Braunschweig is one of the oldest in all of Germany, built in 1690. It stages operatic productions every summer for one month.

At a recent news conference introducing this year's show, it was revealed the controversial flag was going to be used in the set and poster designs.

In response to protests that followed, the theater decided to change the poster but keep the set design, citing "artistic freedom and aesthetic concept."
Share
Print
List