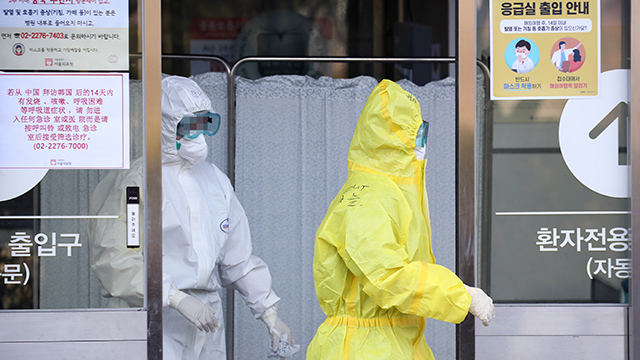 A university hospital in Seoul has closed its emergency room after a patient tested positive for the novel coronavirus after visiting there.

Korea University Anam Hospital in Seoul said on Sunday that it has shut down its emergency room after an 82-year-old South Korean man was confirmed as the country's 29th case of the COVID-19 earlier in the day.

The patient reportedly visited the emergency room the previous day due to his heart condition and the hospital conducted the virus test after finding pneumonia in his X-ray test.

According to health authorities, the patient had no history of overseas trips and had no contact with the country's other confirmed patients. The authorities are investigating where and when he contracted the virus.
Share
Print
List