'S. Koreans to Evacuate Cruise Ship in Japan to Be Quarantined' 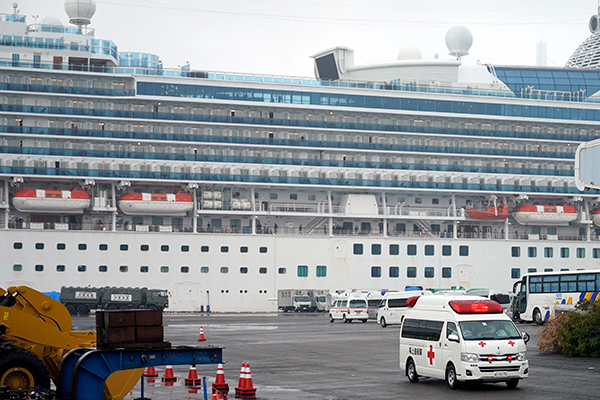 The South Korean government says if South Koreans on board the quarantined cruise ship off Japan's Yokohama are evacuated, they would be sequestered for 14 days under state monitoring.

Vice Health Minister Kim Gang-lip, who is also the deputy at the central disaster relief headquarters, on Monday said the 14 South Korean passengers and crew on the Princess Diamond would be evacuated to South Korea at their request, through consultations with Japan.

Regarding the planned 14-day monitoring, Kim pointed out that they were exposed to a high risk of infection in an isolated environment.

The official added there have been cases involving other cruise ships where a person who initially tested negative for the virus later tested positive after being released.

Seoul is currently in the process of confirming how many South Koreans on the quarantined ship wish to evacuate early to South Korea.
Share
Print
List