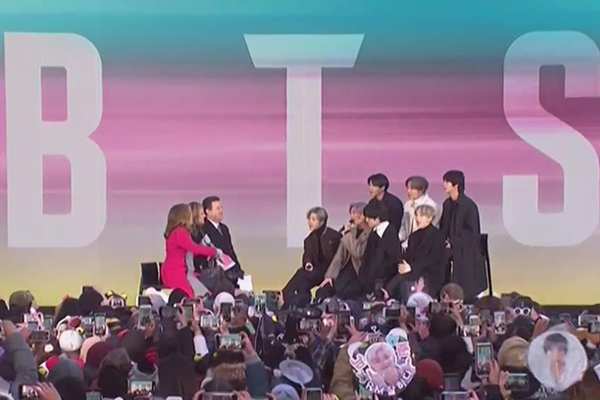 K-pop sensation BTS has appeared on a U.S. morning talk show following the release of their fourth regular album.

On NBC's "Today Show" held live on Friday, the seven-member boy band met with fans who waited for them overnight at Rockefeller Plaza in New York.

When asked about the reasons behind their global popularity, BTS said the power of music transcends language and race.

They also explained the number seven included in the title of their latest album indicates the seven members, the number of the years they have earnestly been on the music scene as well as the meaning of light and shadow in life and also a message of accepting our destiny.

The new album titled "Map of the Soul: 7" includes tracks composed or sung in collaboration with other pop stars such as Ed Sheeran and Troye Sivan.