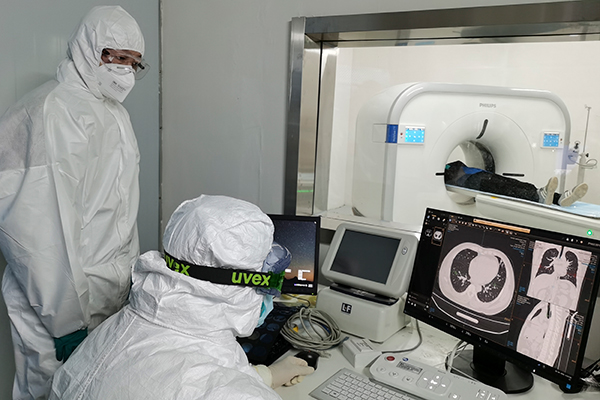 China has reported under 700 new cases of the coronavirus for the second day.

This comes as local governments in the country are lowering the disease response level as the outbreak appears to be losing steam.

However the accumulated toll of COVID-19 continues to rise with over 77-thousand infections and some 26-hundred deaths so far.

The Beijing government is trying to normalize economic conditions as it channels medical resources to the hardest hit Hubei Province, while also monitoring the virus spread in other regions.

The increase in daily infections has been letting up considerably after peaking at over 17-hundred on Wednesday. New cases in areas outside Hubei Province are also sharply declining.

The capital Beijing has not reported a single case for the second day in a row.
Share
Print
List