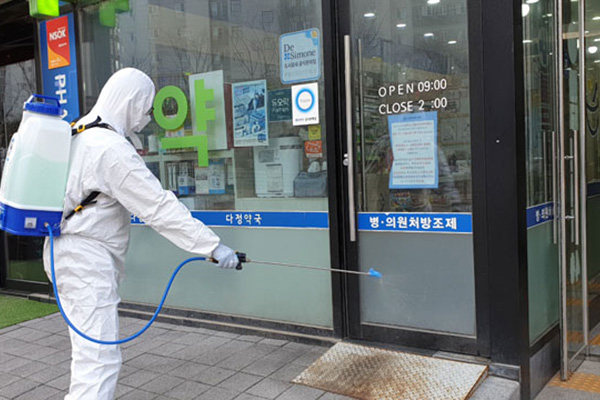 Three-hundred-34 additional coronavirus infections have been reported in South Korea since Wednesday afternoon, raising the total to one-thousand-595.

The Korea Centers for Disease Control and Prevention(KCDC) said on Thursday that out of the latest cases, 311 were reported in virus-stricken Daegu and the surrounding North Gyeongsang Province.

Six other cases were reported in Seoul, four in Gyeonggi Province, three in Daejeon, six in the central Chungcheong provinces, two in Ulsan and two in South Gyeongsang Province.

In Daegu and North Gyeongsang Province, there have been a total of one-thousand-338 confirmed patients.

As of 9:00 a.m., there have been 12 deaths in relation to the virus, but the Daegu city government has reported the additional death of a 74-year-old man. He was a member of the controversial religious sect Shincheonji that is at the epicenter of the epidemic in the region.
Share
Print
List