Flights from S. Korea Barred from Landing at Hanoi Airport 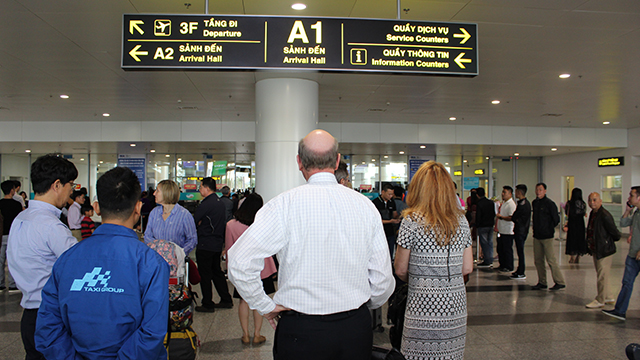 Vietnam has decided to temporarily not allow incoming flights from South Korea to land at its main Noi Bai International Airport in Hanoi.

The South Korean embassy in Vietnam said on Saturday, the Vietnamese government has directed flights from Korea to Hanoi to use the Van Don International Airport, a three hour drive from Hanoi, instead of the Noi Bai airport.

This measure which went into effect at 8:15 a.m. Saturday local time, was only relayed to airlines via telephone at 8:30 a.m.

As a result, an Asiana Airlines flight that departed from Incheon International Airport before the official change had to return to Incheon 40 minutes after takeoff.

The plane, carrying 40 passengers, landed at Incheon airport around half past noon.

An official said the decision to return was made because Asiana had no prior experience in using the Van Don airport.

The official said that airport authorities in Vietnam did not provide a clear reason for the change in landing but it appears to be related to the coronavirus outbreak.

From Saturday, Vietnam has also suspended no-visa entries for South Koreans, the first such measure in 16 years since the country imposed the 15-day visa exemption for South Koreans in 2004.

Earlier, the country has banned the entry of all South Korean residents of Daegu and North Gyeongsang Province as well as foreigners who have visited these parts of Korea in the past 14 days.
Share
Print
List