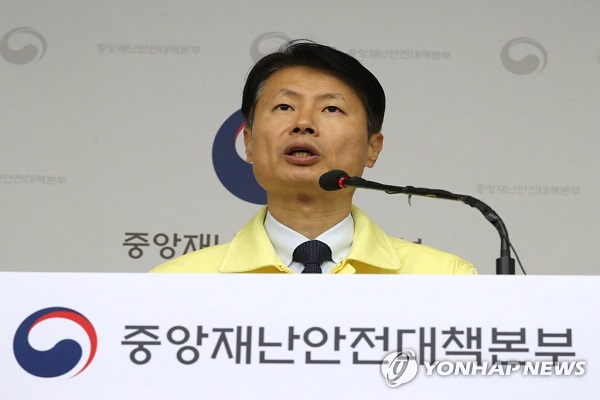 The government says a large number of COVID-19 cases will continue in the city of Daegu for several days as many members of the Shincheonji Church of Jesus, the hotbed of infections, are testing positive for the virus.

Vice Health Minister Kim Gang-lip held a briefing on Saturday on the coronavirus situation and said the number of infections will continue to rise in Daegu as every follower of the religious sect are being tested.

The headquarters said that samples for testing have been taken from a third of the total 93-hundred members of the Daegu Shincheonji Church so far.

According to medical workers, over 80 percent of confirmed cases in Daegu are low-risk patients who do not need medical treatment, but something as minimal as pain relievers or fever medication.

The other 20 percent need to be treated due to respiratory symptoms and five percent of this group requires more attention as they have underlying conditions.

The government urged citizens to stay indoors and refrain from public gatherings including religious events, stating that this weekend will be a critical turning point in containment efforts.
Share
Print
List