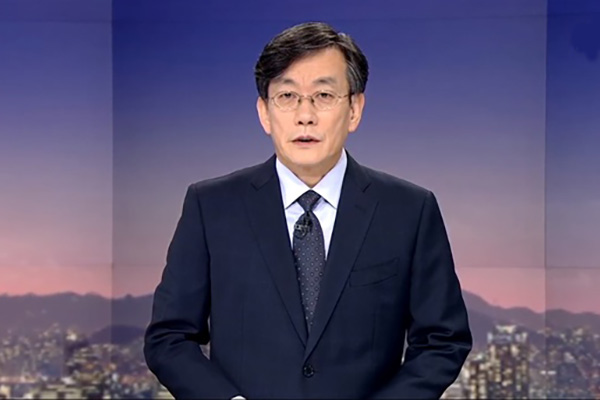 The head of JTBC says he is a victim of fraud that was allegedly committed by the main suspect at the center of a high-profile Telegram sex crime scandal that has rocked the nation.

The cable broadcasting company on Wednesday relayed the stance of its president, Sohn Suk-hee, in response to swirling suspicions about his connection with Cho Joo-bin, a man suspected of blackmailing dozens of women into performing violent sex acts and selling the videos in a Telegram chat room. Cho named Sohn in a public apology he gave earlier in the day.

According to JTBC, Sohn came to know Cho after the man approached him, posing as a hired hand for freelance journalist Kim Woong, with whom Sohn had a public dispute with early last year.

Sohn said Cho had threatened to harm him and his family at Kim’s order.

Sohn explained that he did not believe Kim would hire someone to do such a thing, and demanded Cho to provide evidence that said he was working for Kim. Cho was said to have demanded money for the provision of evidence, which Sohn accepted. However, Cho never gave him any evidence and disappeared. It was not revealed how much Sohn paid him.

Cho, who goes by the username "Baksa,” is suspected of operating illicit chat groups where videos of women and minors being sexually exploited were distributed and shared. As police transferred him to the prosecution earlier in the day, the 24-year-old suspect offered an apology to all his victims and mentioned Sohn, Kim, and former Gwangju Mayor Yoon Jang-hyeon in particular.