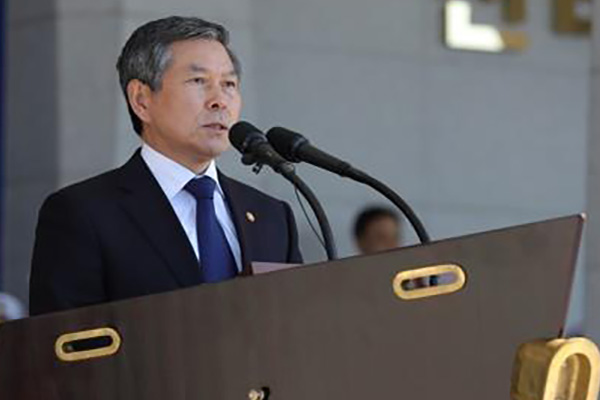 Defense Minister Jeong Kyeong-doo presided over a ceremony on Thursday marking the 10th anniversary of the sinking of a South Korean naval warship torpedoed by North Korea.

The memorial, held outside the exhibition center for the Cheonan warship at the Second Navy Fleet headquarters in Pyeongtaek, Gyeonggi Province, was the first to be attended by the incumbent defense chief.

Noting that the military is considering naming one of its next-generation frigates after the Cheonan, Jeong said all efforts were being made to ensure all the sailors who sacrificed themselves for the nation are not forgotten.

The Cheonan sank on March 26, 2010, while it was patrolling waters in the West Sea, two and half kilometers southwest of Baengnyeong Island. Forty-six out of the 104 servicemen on board were killed.
Share
Print
List