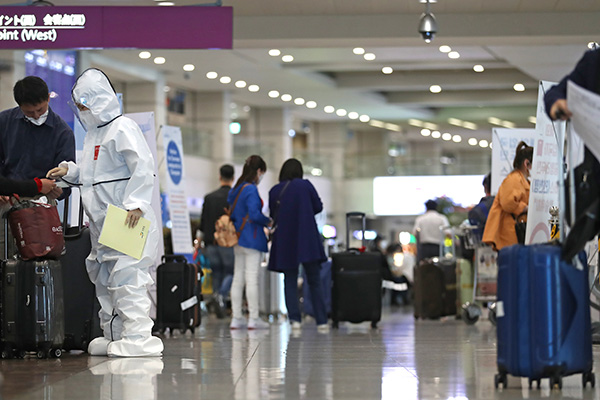 The latest patients compiled in the past 24 hours through 12 a.m. Monday by the Korea Centers for Disease Control and Prevention(KCDC) were all imported cases, including four detected at airport checkpoints.

The other four tested positive for the virus while in quarantine in Incheon, Ulsan, Gyeonggi Province and South Jeolla Province.

It marks the 17th day in a row the country reported less than 20 new daily cases.

The number of deaths attributed to the infectious disease rose by two to 252, while nine-thousand-217 patients, up by 34, have been declared fully recovered.
Share
Print
List