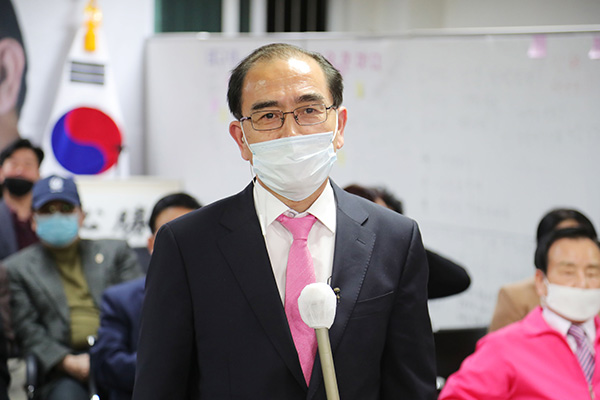 In a statement issued Monday, Thae said he is deeply sorry to the public, adding that over the past two days he came to realize the weight his words carry.

Thae initially raised suspicions over the reclusive leader’s health after Kim was absent from public life for almost three weeks, saying one thing that was for certain was Kim could not stand up by himself or walk properly.

Over the weekend, North Korean state media reported that Kim attended a ribbon-cutting ceremony in Sunchon, north of Pyongyang.

In Monday’s apology, Thae said he believes many who voted for him must have been gravely disappointed as they had high expectations for his ability to analyze and make projections on North Korea issues.

He said after the latest incident he promises to carry out parliamentary activities in a more cautious and humble manner.
Share
Print
List