US, China Collide over COVID-19 at WHO Virtual Meeting 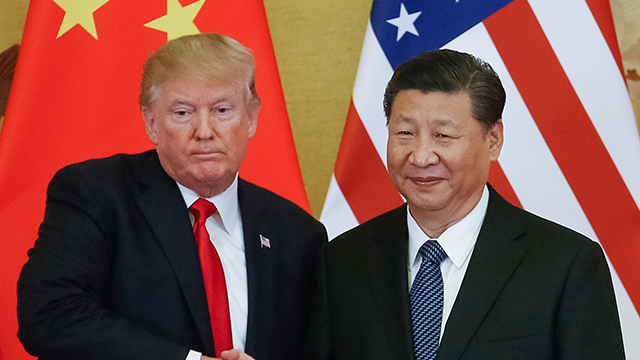 Anchor: As countries came together for the World Health Organization’s(WHO) annual assembly with the aim of working together to respond to COVID-19, the feud between the United States and China worsened. Although he chose not to address the World Health Assembly, U.S. President Donald Trump still fired shots at China and the WHO over the pandemic, while China attempted to dodge accusations.
Kim Bum-soo has more.

U.S. President Donald Trump has intensified his attack on China over the global spread of COVID-19.

While noting that he could cut annual U.S. funding down to 40 million dollars a year, Trump had his health secretary Alex Azar criticize China at the video conference.

[Sound bite: US Health and Human Services Secretary Alex Azar]
"In an apparent attempt to conceal this outbreak, at least one member state made a mockery of their transparency obligations with tremendous costs for the entire world. We saw that WHO failed at its core mission of information sharing and transparency when member states do not act in good faith. This cannot ever happen again. The status quo is intolerable. WHO must change and it must become far more transparent and far more accountable."

[Sound bite: Chinese President Xi Jinping (Mandarin)]
"In China, after making painstaking efforts and enormous sacrifice, we have turned the tide on the virus and protected the life and health of our people. All along, we have acted with openness, transparency and responsibility. We have provided information to the WHO and relevant countries in a most timely fashion. We have released the genome sequence at the earliest time possible. We have shared control and treatment experience with the world without reservation. We have done everything in our power to support and assist countries in need."

Xi said China would spend two billion dollars to help respond to the COVID-19 crisis and related economic fallout. The amount is more than enough to make up for Trump’s freeze of U.S. payments worth some 400 million dollars a year.

Amid the G2 conflict, UN Secretary-General Antonio Guterres told the assembly that the pandemic should serve as a “wake-up call” to the world, which needs to be more united in the face of the current health crisis.

With the UN chief calling for an “end to the hubris," WHO Director-General Tedros Adhanom Ghebreyesus stressed “the majority of the world’s population remains susceptible to this virus.”