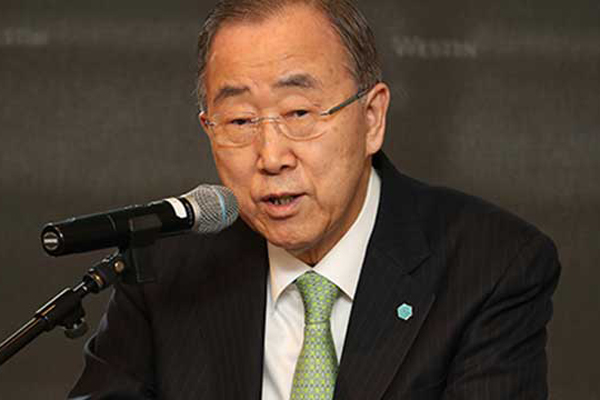 Thursday’s meeting was organized to discuss what direction such a deal should take in the post-COVID-19 era. Cho underlined the importance of the Green New Deal and asked for the NCCA’s cooperation in pushing forward with it.

He said the Green New Deal serves as an opportunity to overcome both economic and environmental crises and would enable the nation to determine whether its society will remain in the past or go forward toward a sustainable future.

Ban, on his part, stressed the need for the government to clearly establish the concept of the Green New Deal and actively explore investment and project opportunities by comprehensively construing its scope.

In particular, the former UN chief said South Korea should aim to become coal-free before 2050 in preparation for climate crises.