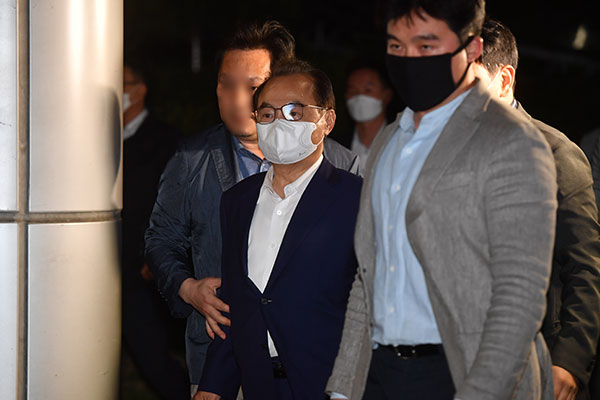 The former mayor of Busan appears to have acknowledged the charge of sexual harassment during an investigation on Friday which comes 29 days after he resigned, admitting to his wrongdoing.

During the questioning held at Busan Metropolitan Police Agency, Oh Keo-don is known to have verified the basic facts of sexually harassing a female civil servant at his office, although his team disputed some legal matters regarding the charge he is facing.

Appearing before reporters after a 14-hour probe, the ex-mayor apologized to the victim and said he's sorry to have disappointed the citizens of Busan. He added he was faithfully taking part in the police investigation.

The 72-year-old is reportedly denying other charges including a possible cover-up of the incident to prevent any impact on the general elections which is a violation of the Public Official Election Act. He also denies another sexual violence accusation that surfaced last year.

After reviewing his testimony, the police will decide the next course of action, including whether more questioning would be necessary.
Share
Print
List