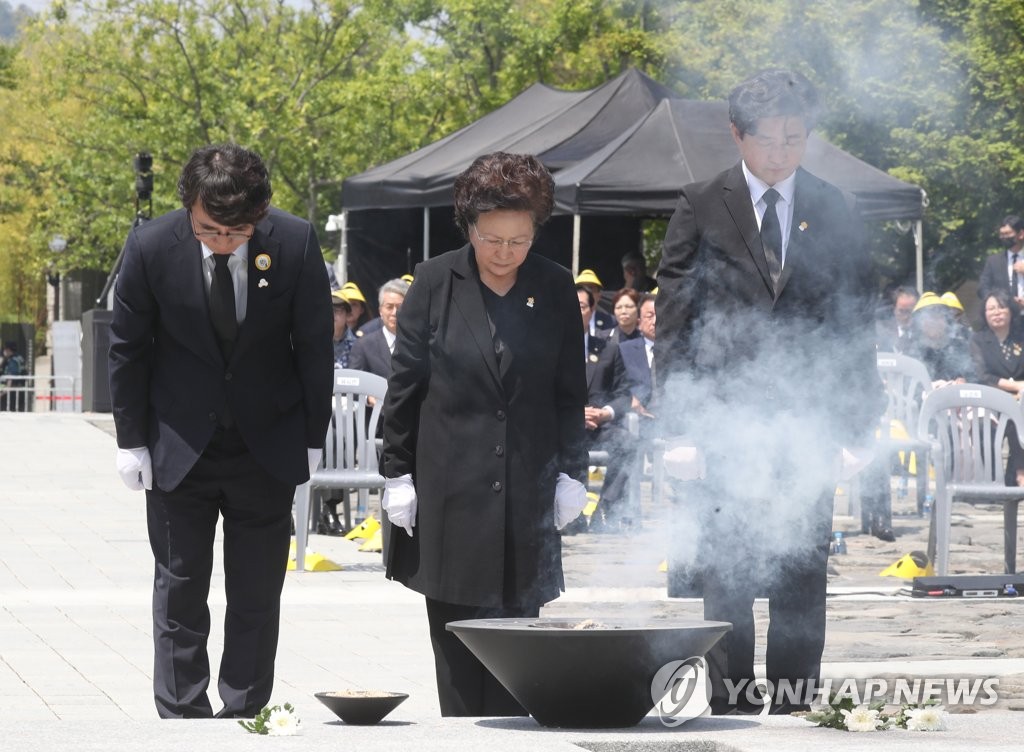 A memorial service was held Saturday to mark the eleventh anniversary of the death of former President Roh Moo-hyun.

The event was much smaller this year due to the pandemic and in abidance by quarantine guidelines.

Only about 100 guests attended, including the former president's wife, son and daughter and other dignitaries.

The service started out with a pledge of allegiance, the laying of flowers and incense burning followed by a speech by DP Chairman Lee Hae-chan.

A video of the former president was also screened while Rhyu Si-min, head of the Roh Moo-hyun Foundation, shared greetings.

President Moon Jae-in attended the 2017 memorial service right after being elected as president but said at the time that it would be his last time physically attending the event as a sitting president. This year, Moon sent flowers to the ceremony instead.
Share
Print
List