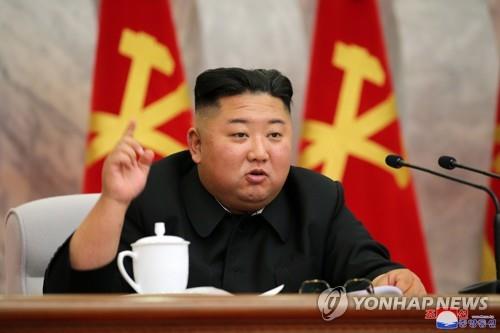 The North’s official Korean Central News Agency (KCNA) reported on Sunday that Kim presided over a meeting of the Central Military Commission of the ruling Workers’ Party and discussed new policies for further increasing the nuclear war deterrence of the country.

The report said the meeting also discussed new policies for putting the strategic armed forces on a high alert posture, which would be in line with the general requirements for the building and development of the armed forces of the country.

In addition, the meeting reportedly discussed important military steps and organizational and political measures to further bolster up the overall armed forces.

The KCNA added that crucial measures were taken to considerably increase the firepower and strike ability of the artillery weapons used by the Korean People's Army.

The report, however, did not elaborate what the "new policies" for nuclear deterrence were. It also did not specify when the meeting was held, but the North's state media usually report Kim's activity a day after it happens.
Share
Print
List