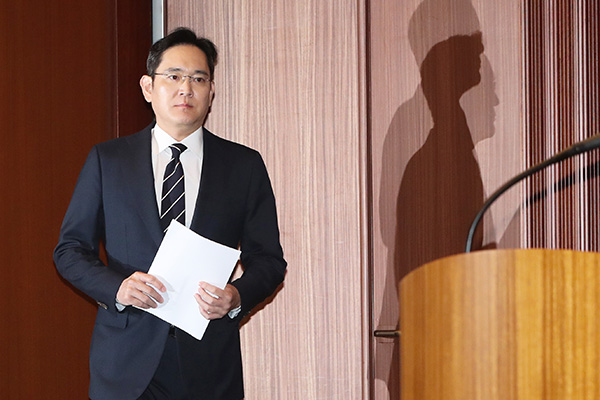 Prosecutors in South Korea are seeking an arrest warrant for Samsung heir Lee Jae-yong as part of their probe into suspicions surrounding the top conglomerate's controversial merger of two leading affiliates in 2015.

Prosecutors suspect Samsung management intentionally lowered the value of Samsung C&T while inflating that of Cheil Industries ahead of the merger, to help benefit the heir-apparent in his managerial succession.