Parties to Hold Final Talks on Formation of National Assembly 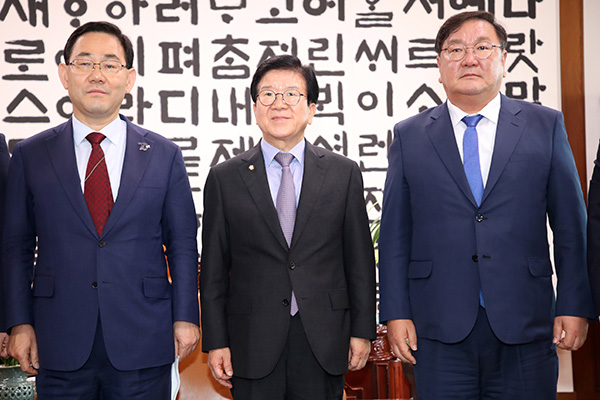 Rival parties will hold final talks on Monday in an attempt to reach agreement on how to form the new National Assembly.

Ruling Democratic Party Floor Leader Kim Tae-nyeon and his counterpart Joo Ho-young of the main opposition United Future Party will meet at 10 a.m. for talks to be chaired by Assembly Speaker Park Byeong-seug.

The two sides held negotiations for over three hours on Sunday afternoon but failed to reach an agreement on how to distribute the heads of 18 standing committees. But they are said to have significantly narrowed differences.

After the Sunday negotiations, parliament's chief spokesperson Han Min-soo told reporters that there was significant progress in narrowing differences and Assembly Speaker Park will preside over final negotiations on Monday.

Park plans to convene a plenary parliamentary session at 2 p.m. Monday regardless of the results of the planned negotiations. He is expected to select the heads of each committee in the session even if the rival parties fail to reach consensus.
Share
Print
List