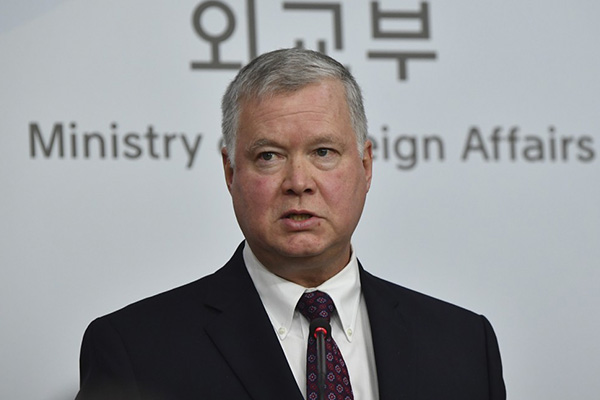 South Korea and the United States are reportedly arranging details for a trip to Seoul by the U.S. top nuclear envoy.

A diplomatic source said on Tuesday that the two sides are in talks to arrange the visit by U.S. Deputy Secretary of State Stephen Biegun, adding he may visit as early as this month, but it could be August.

The planned trip is likely to come around July 7 for three days, but could change depending on the COVID-19 situation in the U.S. as Biegun is in charge of the State Department's efforts to deal with the country's fight against the virus.

The visit, if realized, would be the first in about six months since his last visit in December.

Biegun said on Monday in a virtual forum that another summit between the leaders of the U.S. and North Korea is unlikely before the U.S. presidential election, but there is still time for the two sides to make substantial progress in the direction they both want to go.
Share
Print
List