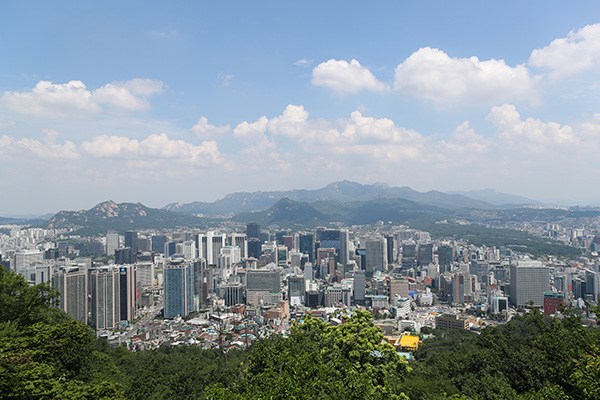 The government has decided to review the possibility of downsizing the area of greenbelt zones in Seoul to resolve a housing supply shortage.

The Ministry of Land, Infrastructure and Transport said on Wednesday that it has formed a working-level task force to increase housing supply in the greater Seoul metropolitan area.

The ad-hoc unit, which also includes officials from the Ministry of Economy and Strategy and the regional governments involved-Seoul, Gyeonggi Province and Incheon-held its first meeting and discussed measures to achieve the goal.

During the meeting, First Vice Land Minister Park Sun-ho said various measures that were not considered earlier will be discussed, including the utilization of greenbelt zones surrounding urban areas. Some areas in the affluent Gangnam district in Seoul that have been designated as no-development zones are being mentioned as possible sites to be affected.

The lifting of greenbelt designation is being considered as part of the government’s efforts to stem real estate speculation while meeting actual housing needs. But the move faces opposition from the Seoul Metropolitan Government, which has stressed the need to preserve the environment through development restrictions. Around 20 percent of the 149-square-kilometer area of the capital city is currently designated as greenbelt zones.
Share
Print
List