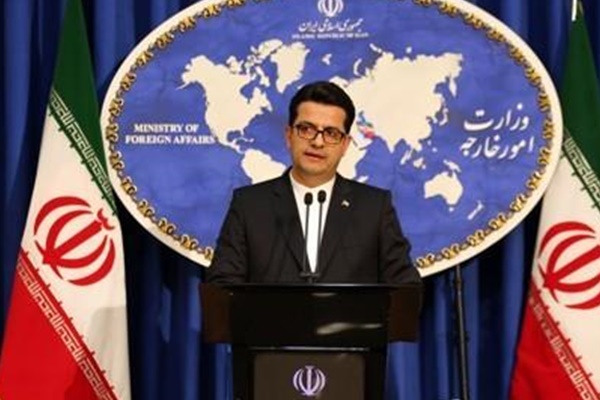 Iran's Foreign Ministry is calling on South Korea to take concrete steps toward sending money it owes for oil imports from the Middle Eastern country.

Iranian Foreign Ministry spokesperson Seyed Abbas Mousavi on Thursday said, "We are waiting for the Korean government to take concrete and significant steps to return the frozen Iranian assets."

South Korea deposited around seven billion U.S. dollars into accounts held by Iran's central bank at Woori Bank and IBK Bank as payments for importing Iranian oil. The South is prohibited from sending the money directly to Iran, due to U.S.-led sanctions. Washington in 2010 agreed to the proxy payment method to address South Korea's dependence on oil imports.

That cash is currently being used to pay South Korean manufacturers who export products to Iran. But the value of South Korea's oil imports from Iran far surpasses that of its exports to the Middle Eastern country.

In September of last year, the U.S. designated Iran's central bank as a "Specially Designated Global Terrorist" or SDGT, leading to a halt in payments using the proxy accounts. But Tehran wants the money to be paid regardless.