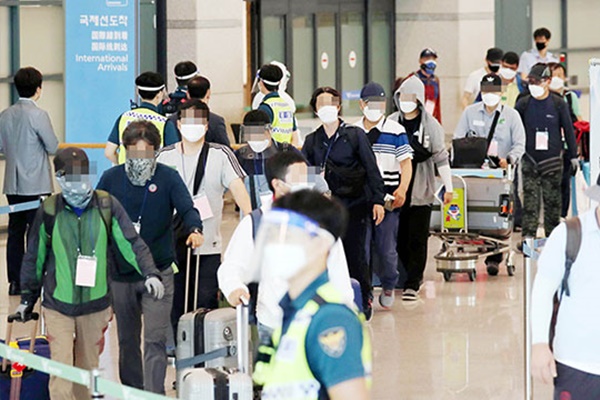 More than 30 South Koreans who have returned from Iraq are showing symptoms of COVID-19, according to officials.

The Central Disaster and Safety Countermeasures Headquarters said in a regular briefing Friday that 31 out of the 72 South Korean construction workers who had returned on a chartered flight in the morning were showing symptoms. Forty-one were not.

If the results of the tests taken upon their arrival prove positive, those workers in question will be treated at state-designated facilities. Those with negative results will be placed in a precautionary two-week quarantine.

A charter plane carrying the 72 workers had landed at Incheon International Airport at around 8:55 a.m. on Friday morning.

They are the second batch of arrivals from Iraq following 293 South Korean workers who were brought back from the Middle Eastern country one week earlier. Among them, nearly 80 people tested positive for the virus.