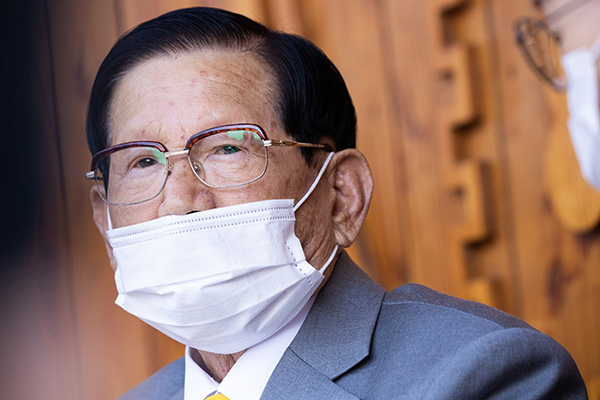 Lee Man-hee, the leader of the Shincheonji Church of Jesus, has been arrested on charges of obstructing government efforts to contain the COVID-19 outbreak.

The Suwon District Court on Friday issued an arrest warrant for the founder of the religious sect accused of embezzlement and violating the Infectious Disease Prevention Act.

Judge Lee Myeong-chul said that while there is room for contention about the suspect's alleged crimes, some charges have been ascertained. He also cited circumstantial evidence pointing to systematic attempts to destroy evidence and said that considering Lee's status within the church organization, concerns of more such attempts cannot be ruled out.

The judge also noted that although Lee is old and has chronic ailments, he is not deemed unfit for imprisonment.

The 89 year old is suspected of submitting inaccurate documents to health authorities back in February regarding the number of participants and gathering places when the virus was spreading among Shincheonji members.

He is also accused of embezzling five-point-six billion won from church funds and holding unauthorized religious events at public facilities.

Prosecutors will carry out further investigations and refer him to trial on these charges.
Share
Print
List